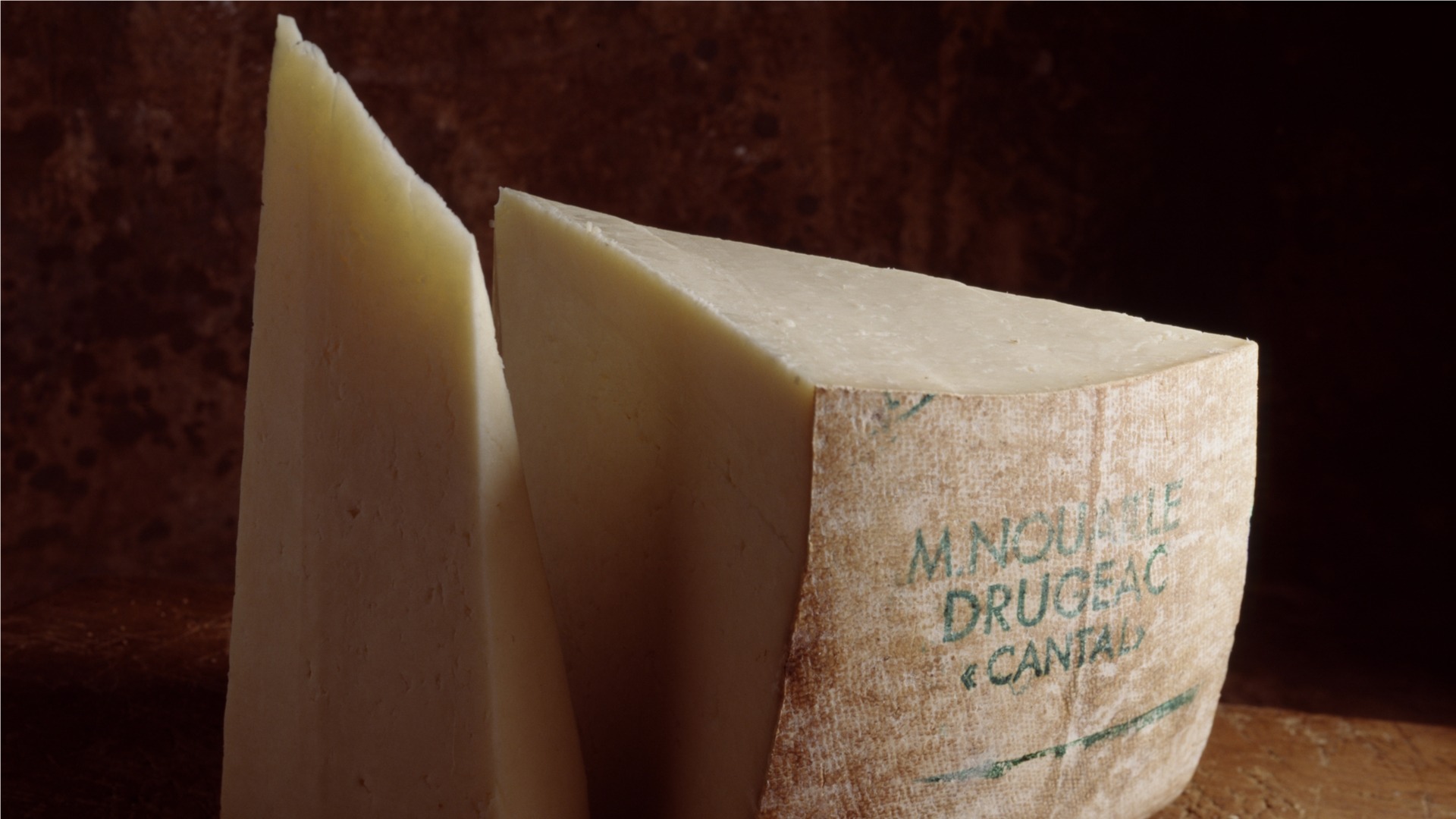 It is a A French cow’s milk, semi-hard mountain cheese.  It comes in two versions.  There is Fermier (farmhouse aka raw milk) and Laitier (I turned your farmhouse into a parking lot for my big factory aka pasteurized).  Inside this brown, pebbled, rind lies only the milk of Salers cows. Silage (hay) is used as feed during the winter months.  During the summer the cows graze in mountain meadows.

Cantal has a mildly pitted cheese vaguely reminiscent of Mimolette .  It comes in 3 ages – Jeune (around 3 months), Entre-Deux (about 6 months) and Vieux (older). Additionally, people in this region are fanatical about this cheese and eat most of what is produced.  Aligot is a traditional recipe cooking this cheese in a large copper pot with mashed potatoes, butter, cream, garlic and a LOT of aerobic level stretching.  But if you think I’m exaggerating when I say a lot – click here!

WHERE IS CANTAL MADE?

This delicious cheese was unfortunately named by the same creative genius that long ago brought you Bitto  a.k.a. in the Cantal mountains in the region of Cantal at the corner of this cheese street and still this cheese avenue, etc. in Auvergne, France.  Famous for its’ mountains, lakes and rivers, this is as close to a savage wilderness as France gets (not that close).  Futhermore this fromage has been made here for over 2,000 years.  It was one of Pliny the Elder’s favorite cheeses.

In French the Hobbit movie “Return of the King” is translated into “Le Hobbit: Le Retour du Roi du Cantal”.  Therefore if you wanted to know where the hero Aragorn comes from, now you know which mountain in France to blame.

WHAT CAN I PAIR WITH CANTAL?

Dry and sparkling white or rose wines are a safe bet, along with very mild reds.  Conversely for cheese flights from France, try a nice Roquefort and a chevrot to mix up milks and flavors.  Or if you’re looking for a more international line-up, try an English blue Stilton and an Italian pecorino. 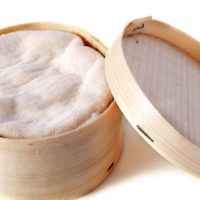 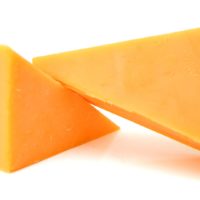