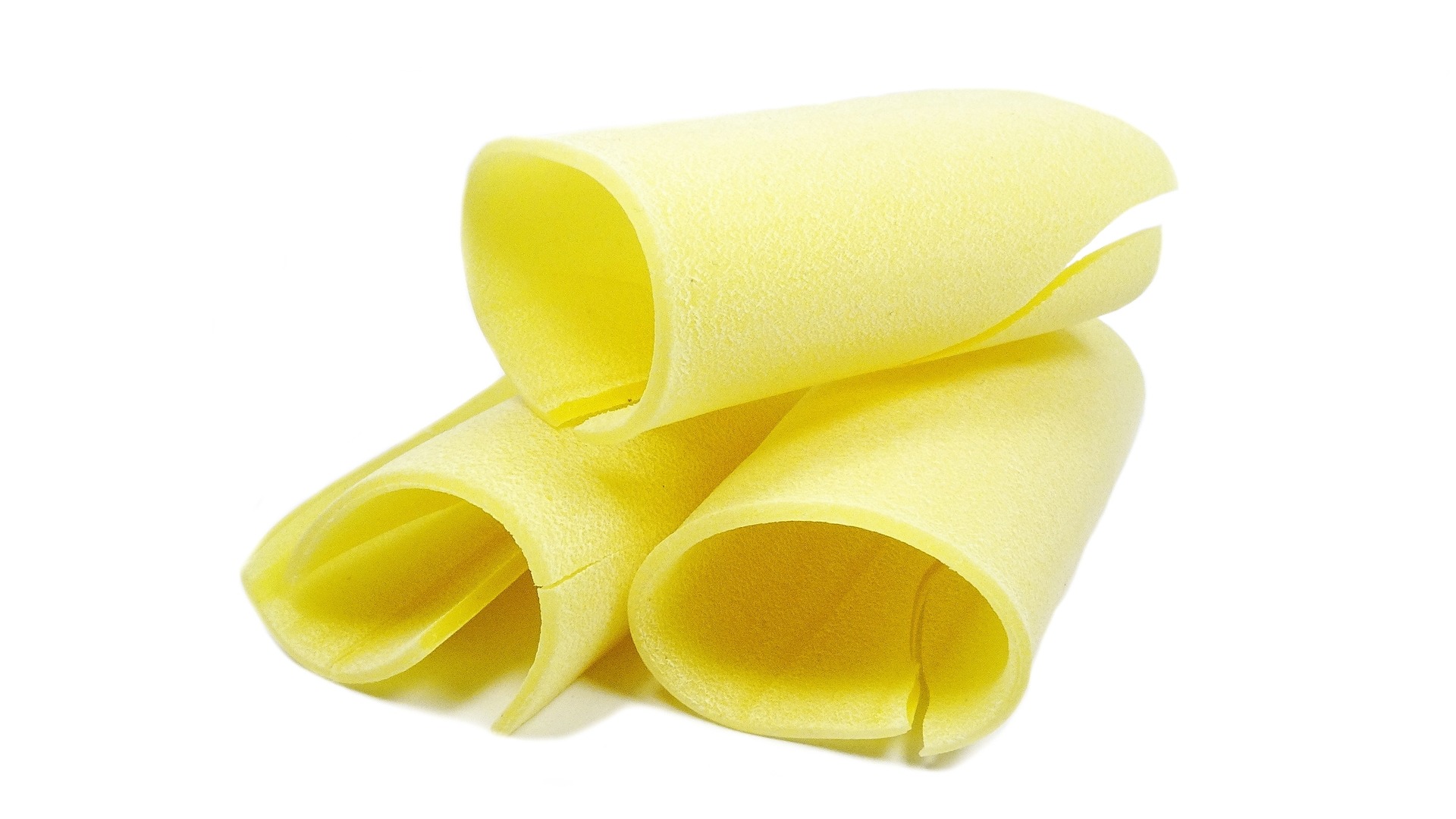 Paccheri are tall, hollow tubes of dry pasta. They are a staple of Napolitan cuisine.  Considered a poor man’s pasta in the past, they are among the more difficult cuts of pasta to make exceptionally well. To be more specific, they are very difficult to dry well. Creating the circle of wet dough isn’t the challenge.  But drying it so that the circle doesn’t fall in on itself or crack is.  The picture above is a good example of this. I once asked an expert pasta maker how he judges the work of other maestros. He said he first looks to see if they even make paccheri and if so, how good their version is.

WHERE IS PACCHERI MADE?

This cut is from the Italian regions of Calabria and Campania.  The name itself is supposedly from the term “una pacca”.  In the local Napolitan dialect this means “a slap”.  Pouring the sauce into these pasta tubes made a similar sound.  Thus the name was born.  This should also give you an idea of how popular slapping was back in the day; versus the modern day equivalent of nasty social media posts.

PACCHERI WAS A BAD ASS CRIMINAL IN THE 17TH CENTURY?

According to The-Pasta-Project.com, paccheri was invented to help smuggle garlic cloves across the Alps into Austria. “Apparently, Prussian garlic (Austria was called Prussia in those days) was rather small and not very pungent. In contrast, Southern Italian garlic, with its large pungent cloves, was sought after by the Prussian and Hungarian aristocracy. In the early 1600s, in order to protect their own garlic farmers, the Prussians banned the importation of Italian garlic. Southern Italian garlic farmers, whose livelihood depended heavily on the Prussian Garlic market, were more than upset so Italian pasta makers secretly invented paccheri pasta to be perfectly shaped to hide a ducat’s worth of Italian garlic (approx.four cloves). This garlic smuggling operation was so effective that in the early 1800s, the Prussian garlic industry finally collapsed”.  To read more about this click here!

WHAT SAUCES GO WELL WITH PACCHERI?

This is almost a trick question.  Usually this cut is stuffed and then covered in a tomato-based sauce.  But don’t neglect to use a beautiful filling!  Baking these stuffed, hollow shells upright is what makes this pasta truly unique.  Having said that, check out our Amatriciana sauce as a fun complement!  Or just pipe in some ricotta and ground beef and bake away! 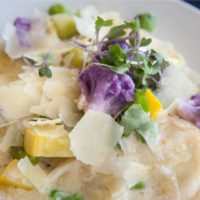 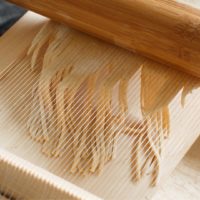