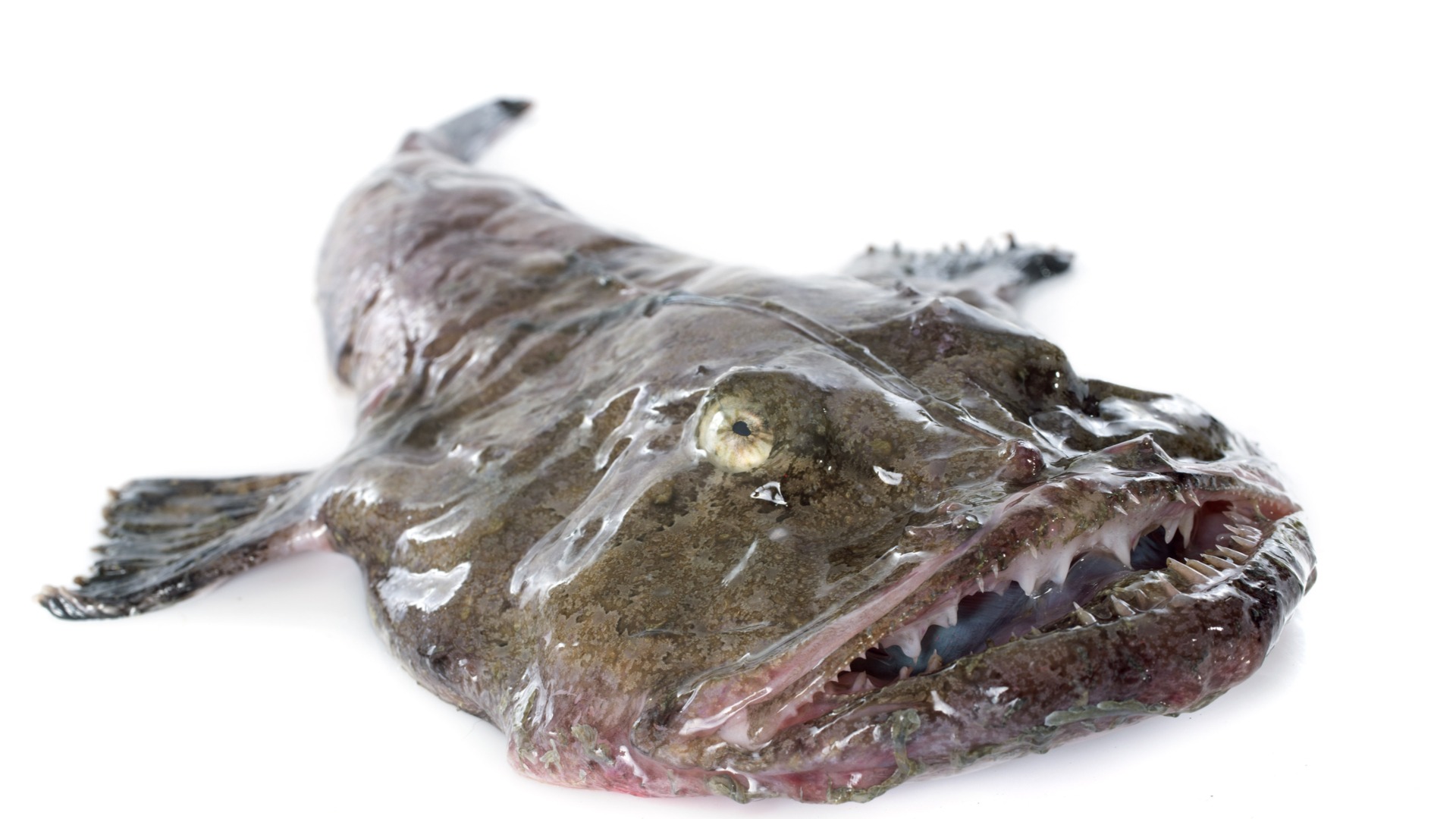 WHAT IS A MONKFISH?

The seafood equivalent of quince in terms of looks (ugly), monkfish goes by many names – anglerfish, frog fish and sea devil.  With a gigantic head in proportion to its body and a tiny set of beady eyes, this fish immediately evokes caution.  With such a viscous appearance, several species have become famous for evolving to have a bio-luminescent lure.  These cousins hunt in deep water over half a mile down (1,000 meters).  Here where it’s pitch dark, the monkfish has a wand-shaped spine near its dorsal fin.  A certain type of symbiotic bacteria grows on the end that emits light.  This allows the fish to hunt in deep, dark environments by attracting unsuspecting prey.  They lure them in with just the appearance of a soft, warm, friendly light and then greet their amuse bouche with a kiss of razor-sharp teeth!

WHERE DO MONKFISH COME FROM?

There isn’t much of a fossil record available when it comes to the anglerfish family.  What is known is that there is significantly more diversity among their deep sea cousins.  And both male and female fish evolved angles in some species.   While the fish itself is incapable of producing light, the bacteria that thrives at the end of its dorsal fin provides an ideal environment resulting in bio-luminescence.

WHEN ARE MONKFISH IN SEASON?

They are a summer harvest in terms of deliciousness.  Monkfish spawn in the spring so that’s when they’re the most depleted in terms of energy (fat) and taste.

ARE MONKFISH SAFE TO EAT?

See the section on mercury below but in moderation yes.  However in 2007 a seafood importer in Chicago accidentally sold mis-labeled monkfish.  It was actually pufferfish!  The good news is that you won’t have to worry about dying in several years from mercury poisoning!  The bad news is that you’ll only have at most several minutes to live.  Tetrodotoxin isn’t impacted by any manner of food preparation short of removal.  And even then the organ containing this nerve poison can “sweat” poisoning the surrounding meat.  Thanksgiving will never be the same again.  On the plus side, if you survive, no one will ask you to cook for tons of people at Thanksgiving again.

ARE MONKFISH HIGH IN MERCURY?

It has a moderate level of mercury so a handful of servings or less per month is recommended for adults.  Pregnant women and children should avoid this fish.  Remember, the higher on the food chain (eat other fish) or the larger the fish (lives longer to get that big so absorbs mercury for a longer period of time) the more mercury present.