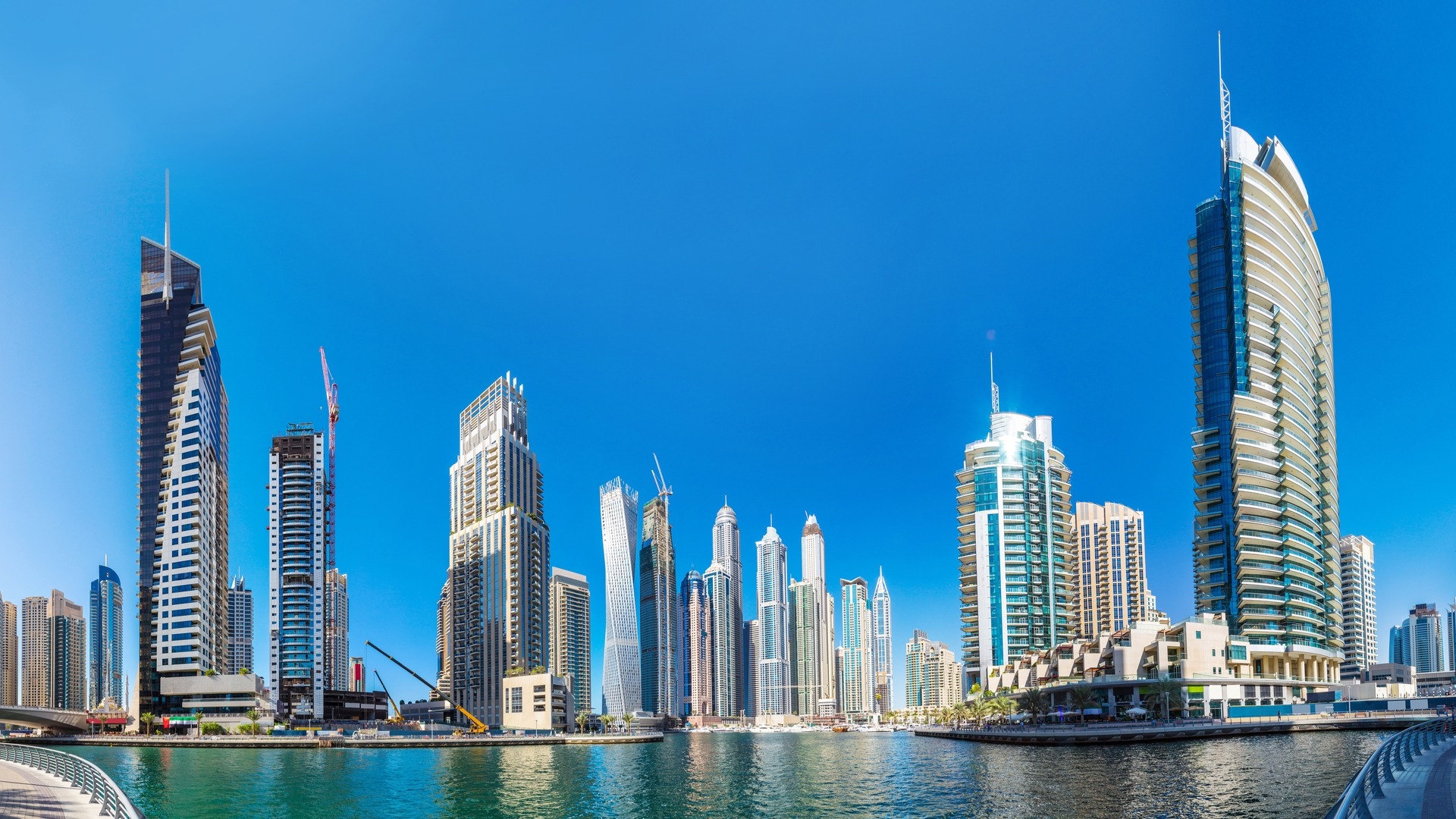 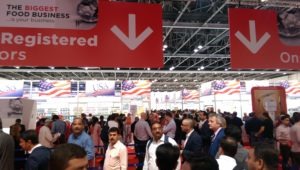 The Arab women are much more conservatively dressed. Many wear both a black Hijab الحجاب (hair scarf) and Niqāb نقاب (face scarf). You can only see their eyes. But like a blind person with heightened senses, these Arab women speak volumes with just a look. I can see how in conservative Islam ين الاسلام , female attire reduces objectification. Ugly and pretty women can no longer be judged solely on their looks. After all, who can tell?

But like with firearms there are strict rules of conduct. Islam’s ين الاسلام dictates regarding a woman’s speech, eye contact, or even tone equally objectify all. Even the most innocuous of actions requires an extreme level of control. The potential danger of a woman unchecked seems more appropriate for a W.M.D. Though here that might mean Woman of Mass Destruction.

I am not Muslim or Arab, so this is all new to me. Even back home holding a door open for a lady, or saying “ladies first” is chauvinist. My initial witness exploration of Arab culture just leaves me feeling like a guest in a very different land.

I walk around the show, passing row upon row of food booths. People start to fill me in on the basics of doing business here. I am very honest in my cluelessness, and a few people take pity on me. In the UAE, it seems family (usually extended) come first, followed by religion, then by progressively larger geographic identities, and then either cricket or falconry.

The Will of God

When people use the popular phrase “Insha’allah” إن شاء الله or “if Allah اللّٰه wills”, they are talking in the future tense. I always thought it was in the past like C’est la vie. Turns out it actually means “maybe.” This vagueness also describes a lot of business deals. Negotiations seem very mysterious. This is due to a patronage culture whose social currency is the giving and receiving of favors. Here it is called “Wasta” الواسطة . An individual’s influence is based on how connected they are. (Note to self – the joke “Wasta up?!” الواسطة حتى! like the 7-Up cola commercial does not go over well at all.)

Over the last few years, Dubai دبي has become the new commercial gateway to Asia and Africa. I don’t see how. If Las Vegas, Disneyland and comfortable shoes all had a baby, it would be Dubai دبي. None of those parents would suddenly give birth to a competitive export market.

The U.A.E. is the 2nd largest economy in the Arab world. And petroleum generates about three-quarters of the U.A.E.’s annual budget. Only Dubai دبي is not heavily reliant on oil sales. Looking at the trade statistics, Dubai دبي’s top five export markets are Iran, India, Saudi Arabia, Oman and Switzerland (really, Switzerland?).

When you look at Dubai دبي’s exports by type, you get the chart below. The numbers are in the millions. But about half of all the food and beverages that Dubai دبي imports, it then exports. And Dubai دبي’s consumable exports are less than five percent of all of its exports. 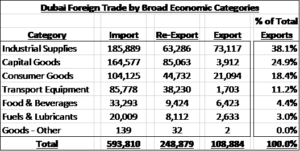 Much like Insha’allah إن شاء الله, it is not Dubai’s دبي past but its’ future that is the gateway. Over half of Africa is Muslim and so follows a Halal diet And sub-Saharan economies have grown over fifty percent in the last decade. After signing trade treaties with nine of the more promising African states, Dubai’s دبي non-oil business has grown seven hundred percent (at the same time). And outside of China, the Middle East is the largest up and coming market. Dubai’s دبي’s Jebel Ali جبل علي port offers access to both.