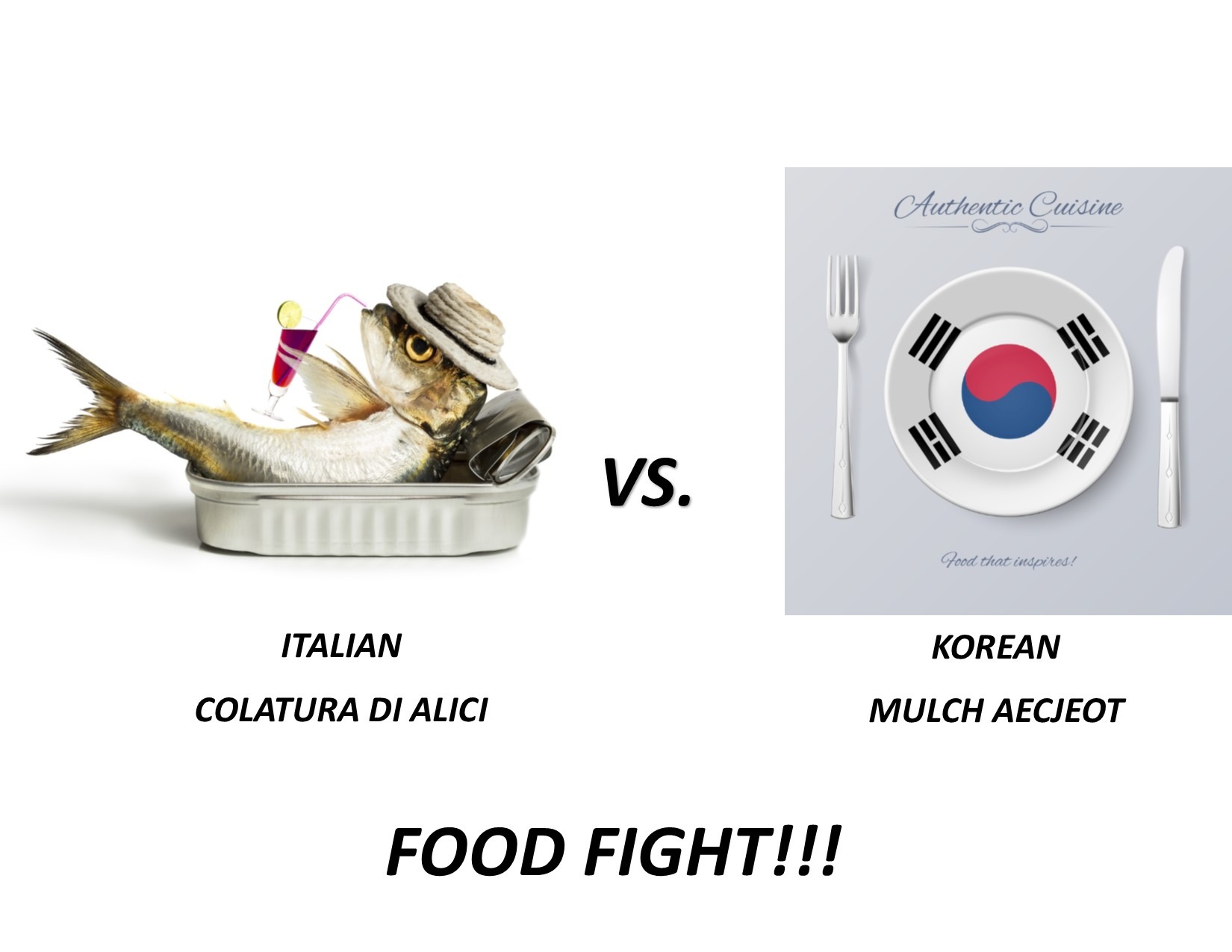 Welcome ladies and gentleman to the main event of the week! In the category of Culinary Boxing here at Chef’s Mandala, we have weighing in at 16.4 oz from beautiful Napoli, Italy, please welcome Colatura di Alici!  His opponent, weighing in at 8.5 lbs from exotic Korea, please welcome Mulch Aecjeot fish sauce! 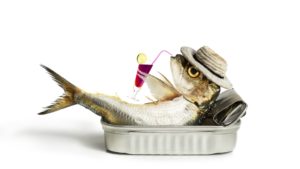 Colatura “anchovy drippings” di Alici comes straight to us from a rural fishing village in southern Italy.  Tiny anchovies are fermented in brine reminiscent of the ocean.  With an amber hue and salty tang, they are then barrel-aged.  This mellows its’ punch and gives the sauce a touch of sophistication rarely seen in young competitors.  But can this older champ last against his bolder opponent?  Living on the beautiful Amalfi Coast since the days of Ancient Rome and being raised by monks, Las Vegas bookies claim colatura di alici has lost his killer instinct!

In the Blue Corner – MULCH AECJEOT 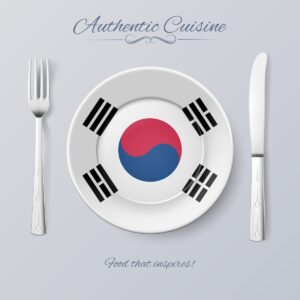 In Korean culture being “salty” is often a way of describing a cheapskate, but no contender is willing to dish out more fishy flavor then this Asian sauce!  While other versions are made with fermented shrimp, it is the anchovy based recipe that has reigned supreme.  This ingredient is crucial to making Korea’s #1 national treasure – Rain.  Oh, and kimchii, it’s very important there too.  While mulch aecjeot seems like a vegetarian’s dream dish, seafood still makes it a carnivore’s delight.  Because of this, Western herbivores try to curse mulch aecjeot’s name (but no one understands their pronunciation).

Both fighters leave their corners and, what’s this, mulch aecjeot is suddenly bowing!  Throwing off colatura di alici who doesn’t wish to offend, he tries to bow as well – ohhhh, too slow, mulch’s already finished his bow and lands an uppercut, followed by a jab, then another jab and with a right hook colatura di alici falls to the floor!  Struggling to get up, mumbling something about “Adrian” blood is pouring out of a gash above his left eye.

Mulch aecjeot!  Not since Bobby Fisher vs. Boris Spassky has a challenger so skillfully mentally dominated the reigning champ.  Colatura’s coach threw in the towel the third time the champ fell down while trying to get up.  Sadly life in beautiful Italy stilled the raging beast that lurked in this once great fighter’s heart.  Whereas the Korean anchovy sauce is excellent as a base ingredient before fermentation or cooking, the more delicate Italian version is better used as a last minute addition to a finished dish. 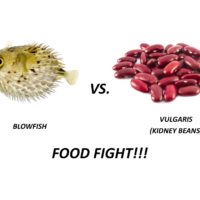 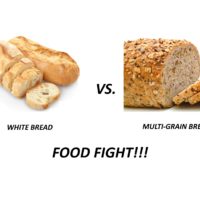 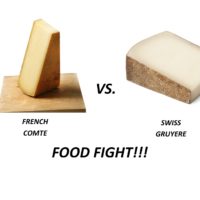