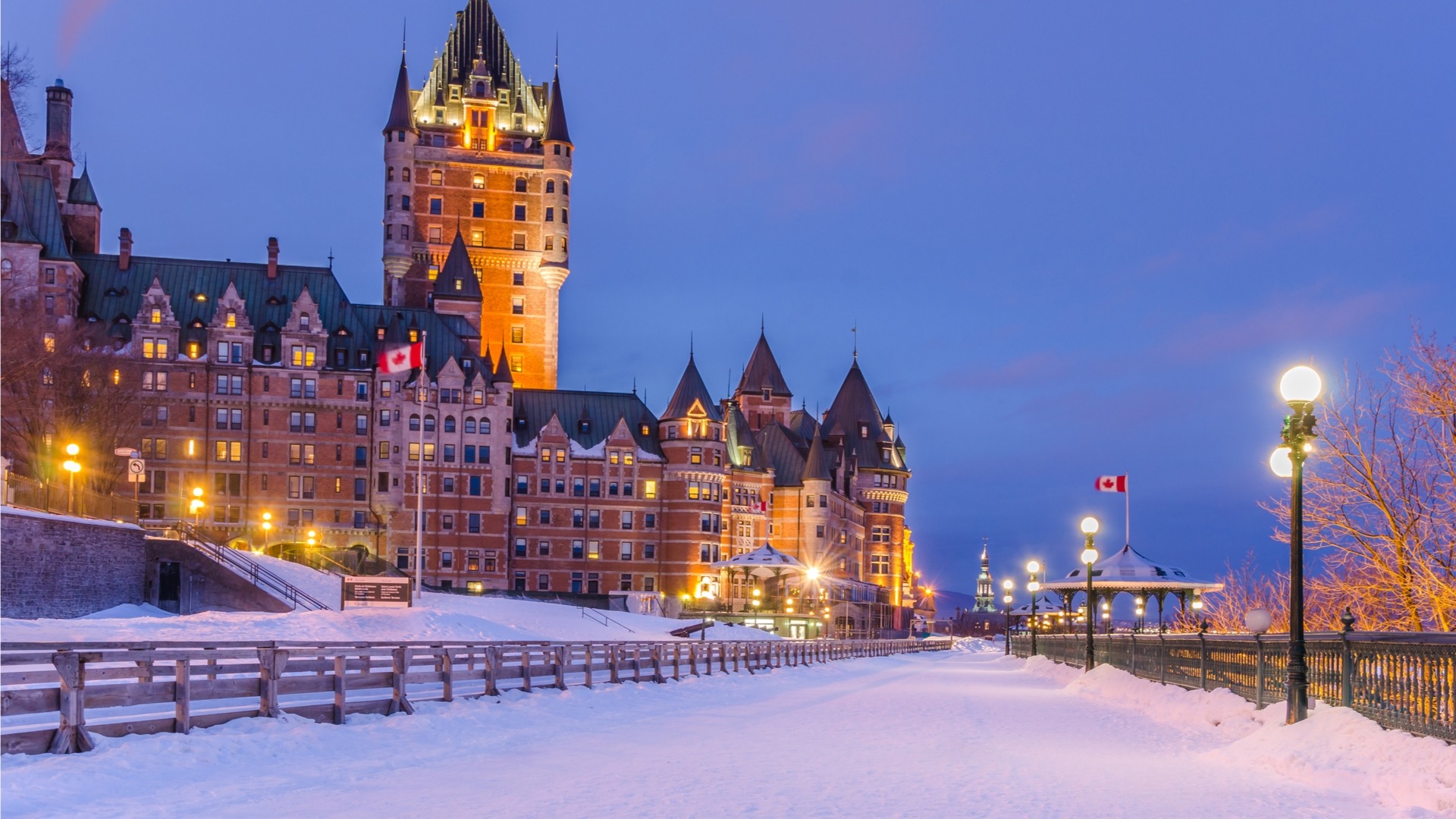 In mid-December of 2016 I catch a late Air Canada flight up to Quebec City. My 6’ 5” frame barely fits into the airplane but my seat is up front which offers a bit of legroom. Seeing that I’m not totally uncomfortable, the stewardess immediately moves me to the back of the plane. My seat is now right against the toilet. After several people go to the bathroom (one in particular who really needs to see a doctor), I want to scream “Hulk Smash!” and burst out of my seat destroying all around me. However with my limited French the best that I can manage is “Le Hulk va déranger beaucoup des choses!” (The Hulk is going to disturb many things!).

When I take off from New York City it is sunny, bright and unusually warm. When I land in Quebec City it is pitch dark in the midst of a snowstorm. Or as they say in Quebec, it is a Wednesday. Upon exiting Jean Lesage International Airport, I grab an old, beat-up taxi. If someone hadn’t stuck a “Taxi” sign on top you’d never know. I climb into the backseat. The car floor is littered with soggy, old, newspapers.

The taxi pulls out from the airport onto dark, icy roads littered with grey slush. We drive by lots of condos and two story apartment buildings. My Haitian driver Paul assures me that we’re already in downtown Quebec.

While Paul’s car might be humble, he is a lively soul. Hearing that I’m from NYC, he starts asking me lots 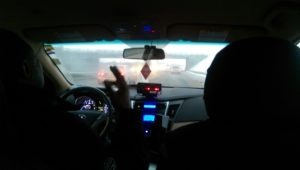 of questions about Trappistes. What Belgium beer and cheese making monks have to do with New York City, I have no idea. I politely say so. Paul chuckles and turns slightly, the passing streetlights highlighting a grey beard against ebony skin.

“Trumpiste, pas Trappiste” he says! (TRUMPist not TRAPPist!) I learn a new word for one who supports the new American President-elect. We have a “which do you prefer? glass half full or half empty?” political conversation. Paul is polite, but at the end of the day he hopes that change from the status quo will improve people’s lives. I ask him which he would prefer in his personal life, four years of stability or four future years of massive and unpredictable change? He replies in French “Well, stability of course.”

As we drive to my downtown hotel, several snow covered cabine téléphonique (telephone booths) float across the taxi window. The black metal payphones inside are almost invisible. Bright, colored lights on top advertise local companies. They stand out in the dark like Christmas decorations.

We arrive at my hotel. After checking in I grab a beer at the bar and catch up on emails before heading out to dinner. With some reluctance, I mentally prepare myself to talk to a native. The French dialect used here is a bit difficult to understand. The different words and accents sound like a 15th century Shakespearean play.

I ask the Quebecois barmaid:

My restaurant is within walking distance of the hotel. Unfortunately, my black, leather shoes become soaked in the half frozen ice. I seem to be the only person in this entire city wearing business shoes instead of hiking boots. Another technological fossil that escaped from the 1980’s decorates my path but this cabine téléphonique is not as well lit.

When I take off from New York City it is sunny, bright and unusually warm. When I land in Quebec City it is pitch dark in the midst of a snowstorm. Or as they say in Quebec, it is a Wednesday

I’m heading to Le Restaurant Légende on Rue Saint-Paul in downtown Quebec City. The entire front of Légende is covered with beautiful pine trees in different heights and colors. All the evergreens are uniformly dusted with a frosting of snow. From the side, Légende looks less like an eatery and more like a Christmas tree emporium. The restaurant isn’t busy yet. Inside, the décor is a well-done mix of woodsy, holiday and hip. Légende has the large foot
print of a suburban restaurant rather than a cramped city bistro.

After the waiter seats me, I accidentally try to order the President of Russia. It turns out that “La Poutine” is pronounced the same way as “Putin” in French, but Légende doesn’t serve this traditional Quebec French fry dish. The waiter explains that they only serve northern wild products. Their menu goes into more detail, “a tribute to our ancestors, a return to our roots and a reflection of our culinary history from the First Nations to today.”

The French from France are raised with a very romantic view of cowboys and Indians. Quebec for European French is an embodiment of this mythos. And Légende with its fresh wood décor and giant bull skull painting is definitely in keeping with both this ideal and its name.