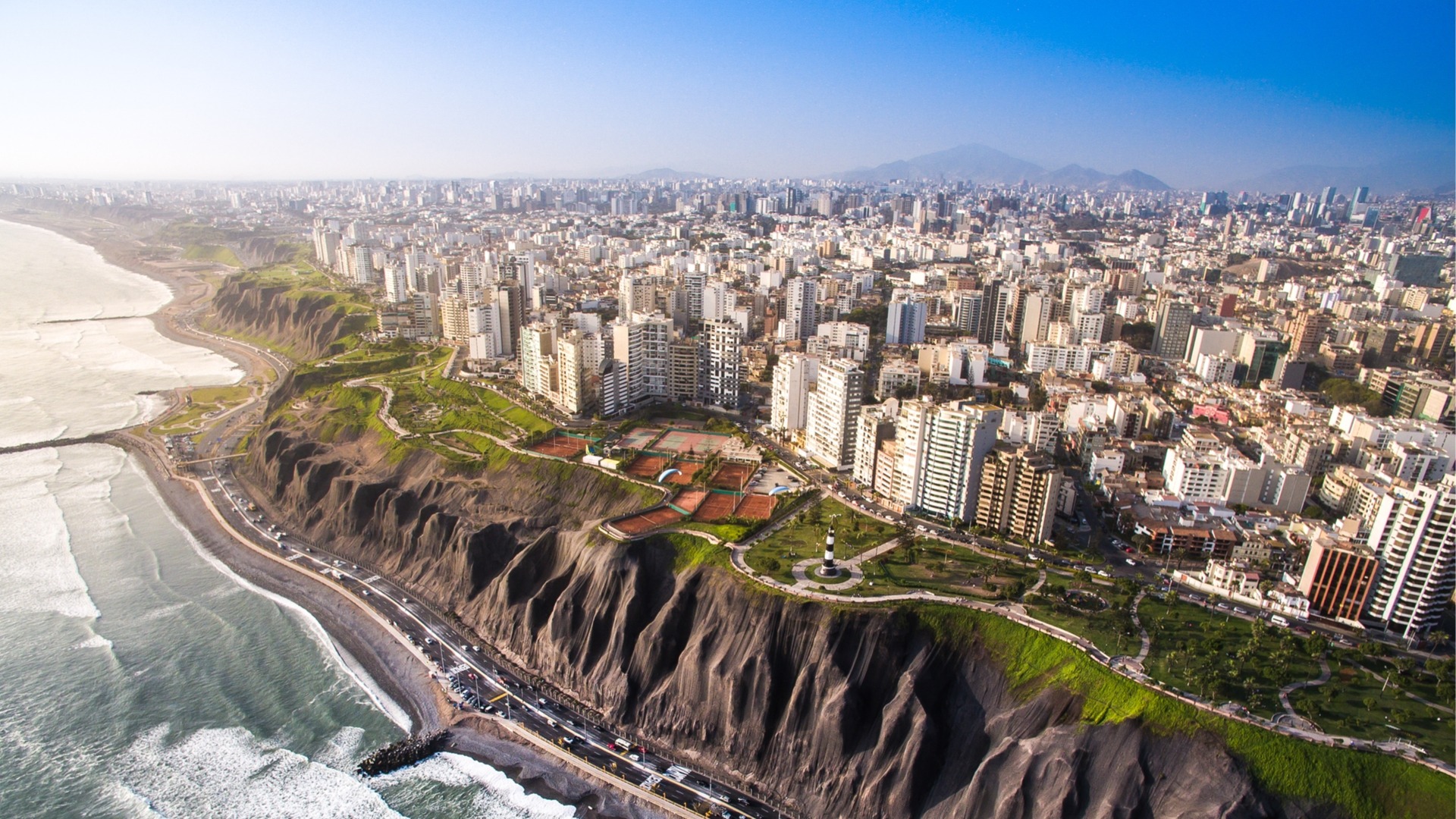 Known as the mother of all grains, Quinoa was originally scorned by wheat lovers.  But its’ very affordable health benefits came to be known.  Well, until 2006 when over the next decade the price of quinoa tripled.  Today wheat costs 1/10thas much, and in a Peruvian supermarket even chicken is cheaper then Quinoa.  Unlike most crops, Quinoa needs to be harvested by hand.  This has kept its wealth in the calloused hands of small farmers.    Ironically today Peruvians are eating less and less pricey, and switching to cheaper Western staples like wheat or rice.   But to me, quinoa is the tofu of South America.  It is bland, assuming the character of whatever you serve it with.

We wrap up the first day after a lot of introductions. There is a party tonight for the attendees.  But when the majority of people speak a common language, not speaking Spanish becomes the same as not speaking.  No matter how good the intentions, I am a guest here and being in a foreign movie with no subtitles sounds tiring.

For me a crisis back home is whoops, I forgot to buy milk. In Venezuela they’ve closed the borders. Not to keep refugees out, but to keep them in. Prices increased 800% while the economy shrank by 1/5 AT THE SAME TIME. Starvation is to the point that 75% of the everyone in the country lost 20 lbs.

Instead I head out for dinner at Huaca Pucillana.  This 2,000 year old adobe and clay pyramid now houses a restaurant.  I arrive with a confirmed reservation which they’ve lost.  But the maître d’, tall by Peruvian and elegant by anyone’s standards, doesn’t miss a step.  She immediately shows me to my table.  The white tablecloth, silverware and flint glasses before me are the ultimate camouflage. They prevent any hint of a native culture from escaping into view.  Waiters here have a machine-like mentality that swaps customer service for efficiency. You see it a lot at union shops like Peter Luger’s back home.  A table of Americans next to me makes statements that are both liberal and mildly racist.  Awesome, just freaking awesome.  Why do the ugly people need to be from my part of the continent?  There have got to be a few liberal asshole Canadians or Mexicans around somewhere.

My two waiters introduce themselves, Senors Chavez and Senor Escobar.  I ask Senor Escobar if there’s any relation to Pablo.  He just grimaces, pours my Malbec and moves on.  To the left, lights shine on the temple with a hellish, orange glow.  An order of grilled guinea pig on a stick arrives.  It lies on a solemn, black plate like a casket at a pet’s funeral.  Thick slices of yellow and red bell peppers along with thinly sliced onions are sprinkled over, well, let’s call him “Ralph.”  The bright colors create a cheery rainbow over my viewing of the deceased.  Lasers flicker back and forth over the ruin walls, shining various ads. 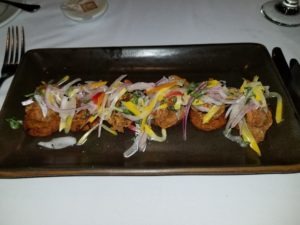 While 7% of the proceeds go to the restoration of the cultural relic, I think the temple needs to negotiate a better rate.  Or play Pink Floyd laser light shows instead while I have Ralph for dinner.

Rushing to the bathroom before my entrée of Saltado Lomo arrives (marinated beef strips – a national treasure here), I run into a problem. In Spanish, both men (Hombres) and women (Hombrettes) start with the same first letter, “H”.  This is also the only letter on the doors of both restrooms. To help you know which is which, next to each letter is an old picture of an Incan in ceremonial dress.  Not helping, they both look like chicks.  I peek behind one door and see a urinal. Awesome!

An order of grilled guinea pig on a stick arrives. It lies on a solemn, black plate like a casket at a pet’s funeral. Thick slices of yellow and red bell peppers along with thinly sliced onions are sprinkled over, well, let’s call him “Ralph.” The bright colors create a cheery rainbow over my viewing of the deceased.

After dinner I walk back to the hotel.  The heads of passerbys swivel like motion detectors. I really don’t fit in here. Entering the lobby of the Royal Park, the staff greet me and I call it a night.