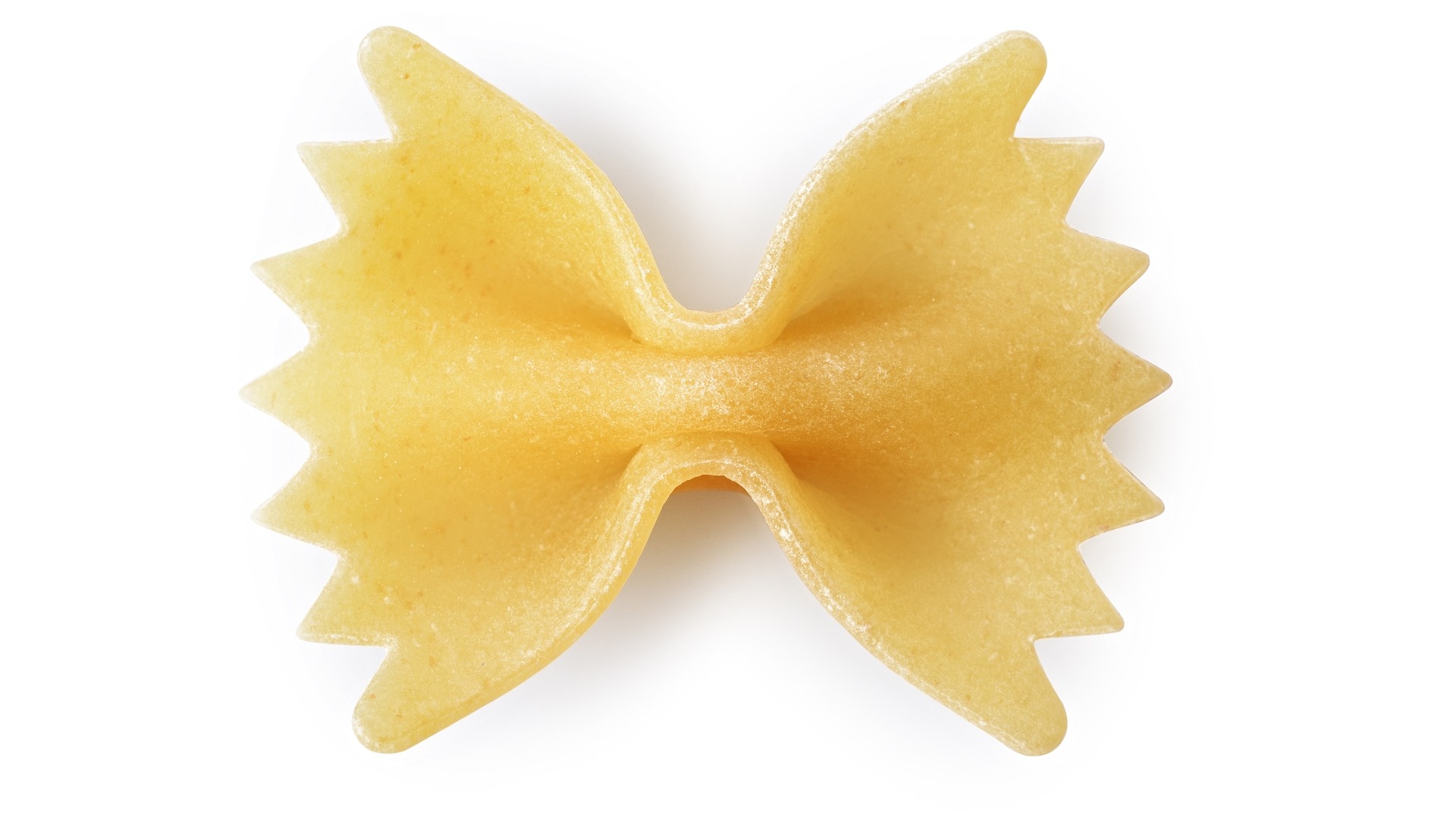 Also known as butterfly, bow-tie or strichetti pasta, this cut is made in different sizes but all of them have edges like the cogs in a watch. This pasta is in the family of cuts inspired by nature (conch shells being another example). According to The-Pasta-Project.com “today’s farfalle was invented by housewives wanting to use up extra pasta dough left over from making filled cappelletti pasta. Apparently, once the filling ran out the women of the region used up the remaining dough by making farfalle. This habit became so popular that they would actually make extra dough so that there would be plenty leftover to make farfalle!”

WHERE IS FARFALLE MADE?

This pasta’s origin had nothing to do twith bow-ties!  It comes from the Italian word for farfalla which means “butterfly.” Invented in northern Italy near Emilia-Romagna and Lombardy.  It was the French toast of pasta cuts (used for left-over dough).

Lest you think that Italians don’t take a comical shape like bow-tie pasta seriously, think again.  The French website démotivateur.fr posted a one pot carbonara pasta recipe.  It involved this cut being boiled in water with bacon and then having crème fraiche added.  Merde, as they say, got real!  Even large manufacturers like Barilla responded in outrage.  My favorite Italian comment was “you’ve already got the Mona Lisa, leave the carbonara alone.”

WHAT SAUCES GO WELL WITH FARFALLE?

Sauces heavy in cream or meat are very popular pairings.  Of course, Grana Padano and Parmesan Reggiano are the usual complementary dairy suspects here.  These short cuts are somewhat delicate, so if you’re using a thick or heavy sauce, use it in moderation.  If you’d like to see one of our recipes using farfalle check out marinara sauce recipe! 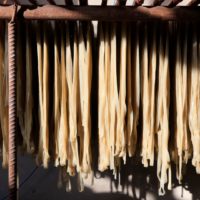 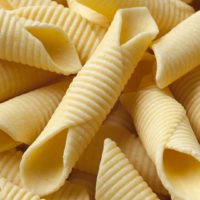 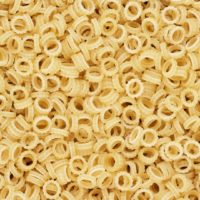