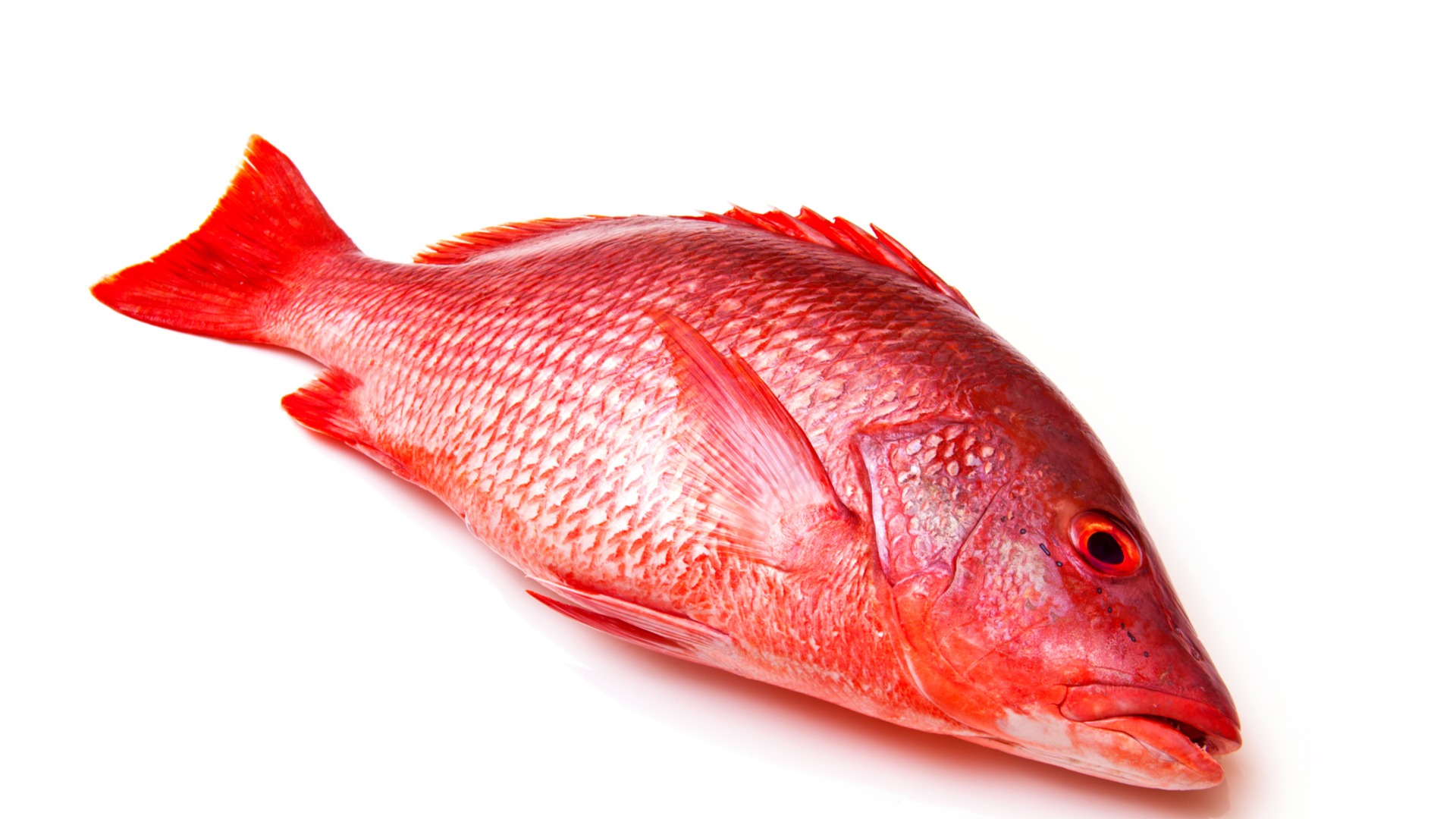 Ironically this rose-colored fish is actually a member of the white fish family (grouper, monkfish).  It’s most often known by the name red snapper.  With triangular faces, their oversized mouths hold large canine teeth giving them their name.  Their elongated bodies can grow up to almost 3 feet (1 meter) and 50 lbs (23 kg) in size.  This fish can be found around the world from Southeast Asia to Mexico.  Popular for its firm texture and sweet flavor, their color becomes darker the deeper the water in which they live.

WHERE ARE SNAPPER FOUND?

They can be found both in salt water as deep as 600 feet (182 m).  Their habitats range from South to North America as well as Asia and Europe.

WHEN IS SNAPPER IN SEASON?

With a lifespan of over half a century, they’re available year-round.  But the best time to fish for them is during their spawning season (the Summer through early Fall).

IS SNAPPER ONE OF THE DIRTY DOZEN? (MERCURY)

Their diet primarily consists of shrimp, crabs, squid, octopus and plankton.  Despite being long lived, large and one of the top predators in the Gulf of Mexico, this fish is considered only a moderate risk for mercury (6 or less servings per month is recommended).

WHAT ARE COMMON MISTAKES WHEN COOKING SNAPPER?

The most common errors involve over-cooking the fish or moving it around too much.  While with meat you want to put the meat onto a hot plate, with fish the fats already present mean (surprisingly) that you can put the fish on a cold skillet and then start heating.  Just don’t try to move the fish until it’s gotten hot enough to liquify the fat present.  Also when thawing out frozen fish, don’t soak the fish itself in water.  Seal it into a bag so no water comes into contact with the flesh.  Lastly removing the skin from the fish after cooking is much easier then before and helps to trap inside some of the flavor and moisture.