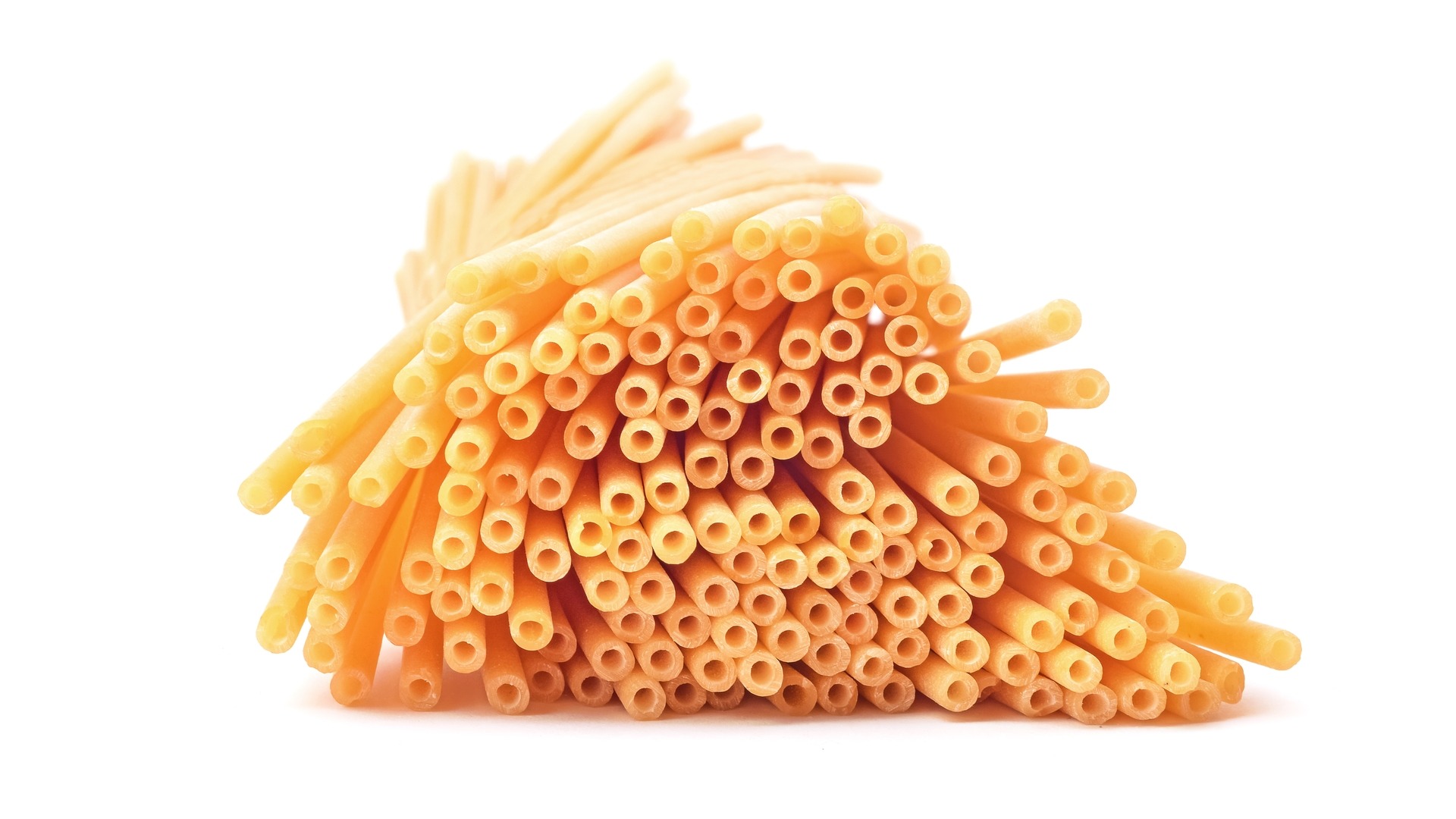 This cut is like spaghetti on the outside but hollow on the inside.   Bucatini’s name is derived from “Buco”, the Italian word for “hole”.  This tubed pasta was invented in an attempt to allow boiling water to cook the pasta from the inside out. Also known as perciatelli, these fragile sticks of semolina were formed by wrapping the dough around a rod, and sliding the metal out.

WHERE IS BUCATINI MADE?

This cut was supposedly invented in the town of Amatrice just northeast of Rome (an area is famous for it’ use of guanciale—cured pork jowls). Even today cured pig jowl is still a common pairing with this cut.  Industrially it is made throughout Italy and overseas as well.

PLASTIC STRAWS ARE ILLEGAL SO RESTAURANTS SWITCH TO BUCATINI?

Much like burrata suddenly became a trendy substitute for buffalo mozzarella, this pasta had its’ moment in the sun bumping spaghetti off Italian American menus.   But one restaurant took its’ love of bucatini one step farther.  The city of Malibu, California made plastic straws illegal in local restaurants in June of 2018.  But Bob Morris, owner of the Paradise Cove Beach Cafe, replaced straws with this cut!  And in a nod to people with gluten issues, he offers gluten-free pasta straws as well.  To read more about this California restaurant, click here!

WHAT SAUCES GO WELL WITH BUCATINI?

Hearty tomato sauces like Carbonara or Bolognese work well.  But don’t be surprised if, when “soaking up the sauce”, little to none of it gets inside this cut.  Like all pasta, as bucatini cooks in boiling water, it expands.  This causes the hollow core to gradually fill up with cooked dough.  But don’t let that deter you, a great pasta is still a great pasta hollow or not!  If you’d like to see one of our recipes using this cut check out our Amatriciana sauce! 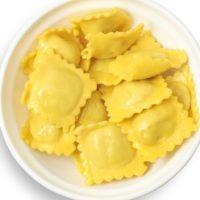 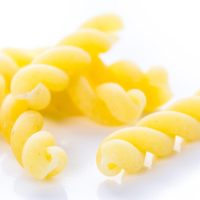 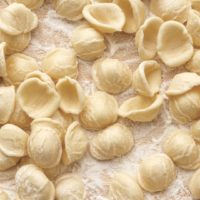